let say coming from SPH Straits Times, I am viewing it with a heavy does of salt.

This is nothing against the writer but more against the organisation as frankly SPH Straits Times have shown where it heart lie after all these years.

Having live through the years of Jeffery Low and Tan Cheong Kon - where the point make was Singapore football was shit, without Malaysia Cup football, no matter what .

We cannot say Straits Times had the welfare of Singapore football on it pulse.

After all, where will one see an article anywhere in the world that tell us they are willing to give up international football and see Singapore grassroots football destroyed if we can return to a foreign country competition aka Malaysia Cup.

Do they care about Singapore football or Malaysia Cup football as these are two different entities.
No matter the common history, Malaysia Cup belong to FAM and they are it master thus to believe they will have the welfare of a foreign country playing in it league is farfetched.

For let not forget, years ago FAM promised BAFA they will take care of it as they shared a common history but when DPMM Brunei won and took the place of one of the Malaysian clubs slot in the Malaysia Cup, they immediately changed the laws ensuring no foreign sides are allowed to take part.

So much for a common history thus it should come as no surprise when BAFA got into troubles a while down the road, FAM did not even bat an eyelid and told it to leave the Malaysia League.

But let not say FAM is wrong as ultimately, neither Brunei nor Singapore is Malaysia 14th state so why should they take in the view or welfare of another football assoication.

After all, we cannot say we are that selfless ourselves for we see all the ASEAN FAs stepping in to 'help'  PSSI as it face a ban by FIFA.

But the solution is that the SEA Games football competition is held outside Indonesia so may one asked how it help Indonesia?

It does not as it meant to ensure the SEA Games football competition go on with or without Indonesia.

That why I find it hard to believe SPH Straits Times, at that time, could be that 'naive' and believed Malaysia Cup and Singapore are one entity.

It is more likely for selfish reasons as let be honest, we know which will bring in more money for them and frankly if Singapore football do get into trouble, SPH is not FAS so nobody will blamed it.

A no-lose situation for the organisation.

SPH Straits Times may have 'changed' but let say I am a septic as it current six-part series may be more a show to appease talks that it does not do enough for local sports (not just football) despite being the national paper of Singapore.

Actions over the next six months may be a better indication than the six-part series, no matter what Rohit Brinjnath write. 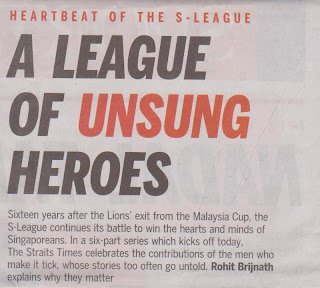 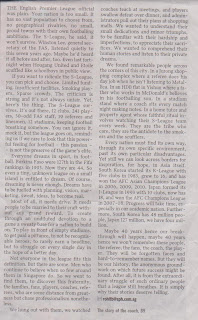 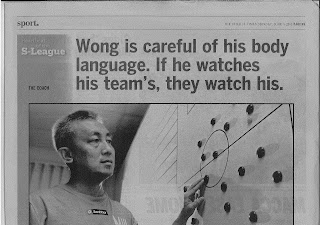 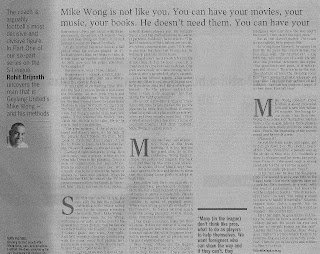 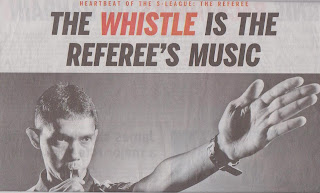 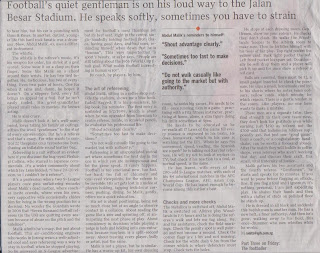 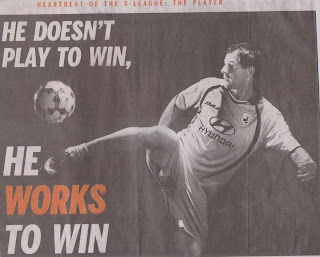 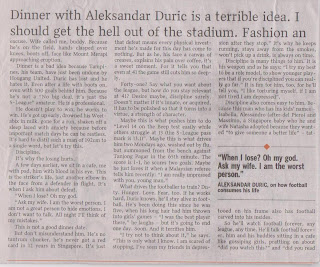 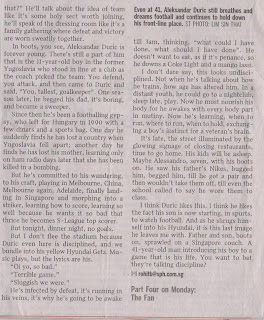 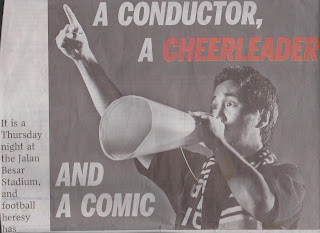 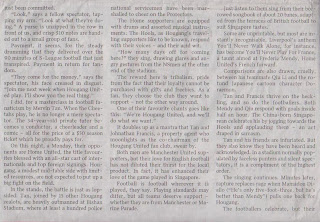 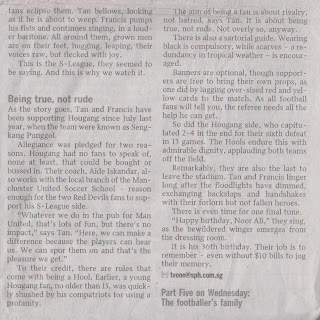 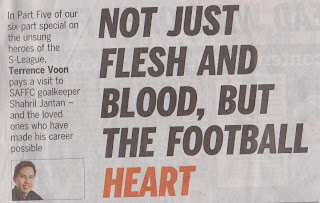 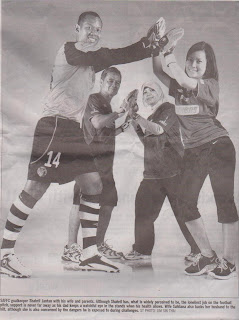 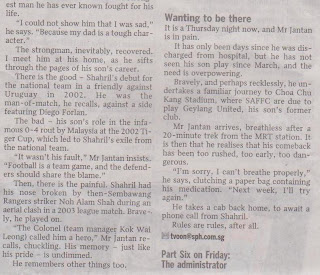 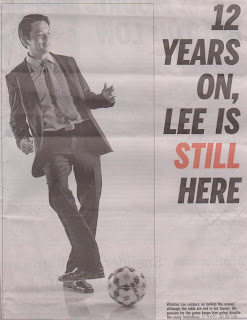 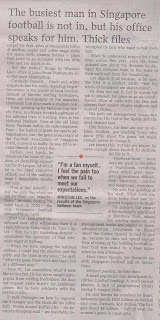 huuhuu. Good one. Especially that last part. I love it. The word is BINGO. Thumbs up.