First case saw Happy Valley goalkeeper Leung Man-Lai upset with his defence in their 1-5 thrashing and said if they didn't want to play then he would stop playing too. He was then "injured" and replaced after conceding the first goal. 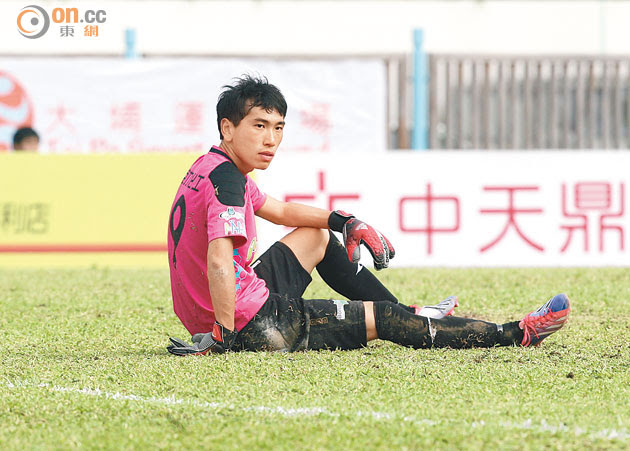 It had forced Happy Valley to come out and insists the team's finances are sound but they will still replace their foreign players and bring in more local players for the second half of the season.

Second case is worse as Tuen Mun defender Li Ming (the player with nos 29), in injury time, gifted 3 points to Yokohama FC (HK) for their first win of the season. He basically rose up unchallenged and headed the ball into his own net. Fans are questioning whether it was a genuine own goal or not and a thread has opened to ask if the club should return the HK$1 million government subsidy. (Also in Chinese) 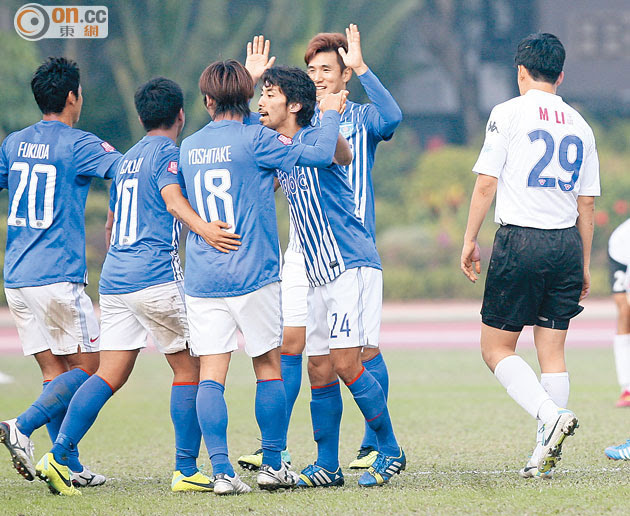 After the match, a foreign player reportedly threw away his shirt and some local players have come out to say they are leaving the club and posted $1,000 dollar bills on social media.

The last time Tampines met a team with Kelong hanging over them (the Vietnam team - Saigon), their rivals then go on to play their skin off to prove their 'innocence' and what more now for South China.

The Hong Kong champions surely have to fight for their lives as they seek to 'save' Hong Kong football which is revamping their league next year and they will want to go into it with a bang, not with doubts hanging over them.
Posted by happy at 8:13 PM